Deacon LLOYD DUPLANTIS is a retired pharmacist, speaker and author. He was ordained a permanent deacon for the diocese of Houma-Thibodaux on June 8th, 2006 and was assigned to St. Mary’s Nativity in February 2016.
Deacon Lloyd and his wife Faie along with a core group from St. Bridget parish in Schriever formed Haiti Mission, Inc. (www.haitimissioninc.com) after visiting Haiti in 2000. The primary focus of the mission is to develop safe and sufficient water supplies in the area in which they are working. The mission has also begun initiatives in education, various forms of humanitarian aid and animal husbandry in the Jeremie region where they work.
He has authored numerous articles for the Bayou Catholic as well as for various other publications. He has two books of his own on the market. The first, entitled “LLOYD'S REMEDIES”, is a common sense health care book based on his years of practical pharmaceutical experience in South Louisiana. The second entitled, “The Pill, America’s Sacred Cow offers his insights into the ills the pill and its cousins have caused in our lives, our society and in the world
In 2015 Lloyd received the prestigious Bowl of Hygeia award from the Louisiana Pharmacist Association which recognizes living pharmacists who "possess outstanding records of civic leadership in their communities," while encouraging pharmacists to take active roles in their communities." Most recently Lloyd and Faie were awarded the Public Citizen of the Year award for the state of Louisiana for the civic and community work they do locally as well as their international involvement in humanitarian work in Haiti.

Deacon Lloyd and his wife, Faie, have been married forty-eight years on January 27th, 2016 and have seven children and twenty-three grand children. They reside in Gray, Louisiana. 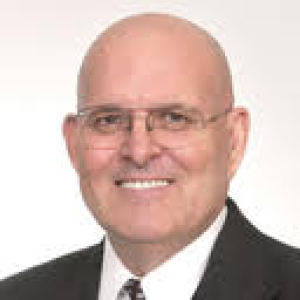